Australia – ACT Cannabis Laws: There’s a haze of criminality around the realities of the new legislation 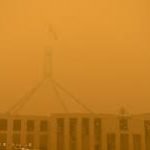 First up we’re not sure anybody should be smoking anything in Canberra at the moment, the air quality is reckoned to be some of the worst on the planet. Professor Simon Lenton from Curtin University’s National Drug Research Institute argues the laws now in play have left people looking to use cannabis with few options outside of using drug dealers to access supply. Reports Australia’s ABC News.

“It really is a problem for how the majority of people in the ACT who smoke cannabis are going to access the cannabis.”

The ACT Government is quite clear on the matter, arguing its approach is around “harm minimisation”, not opening doors to cannabis for potential users.

“This approach seeks to ensure that adults who are in possession of cannabis do not have to face the prospect of criminal penalty for possession and are more easily able to seek help for addiction or treatment for the adverse effects of cannabis,” a spokesperson said.

There’s also this option but if any regulators look at the US state by state experience it’s a nightmare of a conundrum to sort out. Legislated social consumption has been one of the hardest parts of the puzzle to put together in CO, OR, WA, CA, NV and will proove the same in IL too

An ACT parliamentary inquiry considered many of these issues while the legislation was still being drafted, and made a range of recommendations.

PHOTO: Cannabis cafes are found in places like Amsterdam, but are not on the table for Canberra. (Flickr: GoToVan)

One was allowing cannabis ‘social clubs’ of up to 10 people to be formed, as a way of getting around some of the supply issues.

Social clubs would essentially allow users to pool their plants — growing plants together at one single property.

Membership would be restricted and registered, and plants would be grown on behalf of members, who could then access their cannabis free of charge.

Professor Lenton said, having surveyed the models in place around the world, social clubs appeared to offer the best legal middle ground.

He argued it provided an easy option for people unable or unwilling to grow their own plants.

“It’s a way of providing cannabis in a restricted market without the problems of widespread availability, rampant commercialisation and profit-driven advertising to people who are regular cannabis users,” he said.

“Rather than having them go to the illicit market.”

The ACT Government rejected the recommendation, suggesting it went beyond the intention of the legislation and would have made it difficult for police to distinguish between cannabis clubs and illegal grow houses.

Whether or not supply becomes a problem for users — and the ACT Government — will become apparent in just a matter of weeks when the legislation comes into effect.

A public information campaign is planned to roll out before the laws come into force, which might give some indication that the Government expects users to put the new laws into practice.