With the popularization of CBD, the medical strain of cannabis, it’s becoming increasingly common to hear people attest to how they were able to use CBD oil for their anxiety or depression. It’s known that cannabidiol can lessen the symptoms of a multitude of neurological and mental conditions. It is also believed to affect anxiety and mood disorders, and can even help reduce stress when public speaking. However, a lesser-known potential benefit of using CBD oil is for the treatment of ADHD.

CBD is the acronym for cannabidiol. This compound derives from the cannabis plant. The cannabis plants most commonly used for medical treatments (and often the only plants legal for the purpose) contain less than 0.3% THC.

It’s important to know that cannabidiol is not marijuana. Cannabis contains, among its many smaller compounds, two main components: CBD and THC.

THC, or tetrahydrocannabinol, is the most active constituent of marijuana. It is the ingredient that creates the “high” one experiences when consuming. THC is the compound that produces mind-altering effects, but that hasn’t been its only purpose. Among other solutions, the United Kingdom has approved it as a treatment for symptoms of multiple sclerosis.

Marijuana comes from cannabis plants that contain higher levels of THC. These are not the same plants used for the harvesting of CBD.

Cannabidiol does not produce a “high” when used, but it still produces effects on the body. According to the World Health Organization, it exhibits no indications of dependence potential. It can help with the treatment of several conditions, such as anxiety, inflammation, and epilepsy. As we’ll discuss here, it also has the potential to be used to treat ADHD.

The laws regarding CBD and its use are hazy. Most of the United States has recognized the benefits of medical marijuana and encourage its use for treatment purposes. However, as of June 2019, only 11 states, including Colorado and California, have legalized marijuana for medical and non-medical use. It is essential to ask a healthcare expert questions regarding the local cannabis laws.

When seeking CBD products to treat the symptoms of ADHD or other conditions, there are certain things to look for that will ensure the lowest legal risk.

Made from Locally Grown Hemp

Products made from locally grown hemp will be less likely to be questioned than a product produced overseas and imported.

This document shows the results of lab tests that determine potency and any contaminants. The state of Indiana requires that all CBD products have a QR code on the label that links to the certificate of analysis online. The declaration of analysis should also confirm the potency and testing methods.

Manufacturers should have this information available to consumers, but be sure to double-check. The report will minimize any risk of legal issues when purchasing CBD to treat ADHD and other medical conditions.

At the time of writing, there is little to no research that proves CBD oil treats ADHD. ADHD is an incurable medical condition. However, the oil can help with the treatment of the symptoms rather than the disorder itself. Several patients with ADHD who have used CBD oil during heir treatment have stated an improvement in their symptoms.

ADHD, or Attention-Deficit/Hyperactivity Disorder, is a common medical condition that alters brain development and activity. This condition causes the person to have trouble with specific tasks that require attention. It can be prevalent in childhood or manifest itself well into adulthood.

People with ADHD may find it challenging to sit still or exhibit almost any form of self-control. The “hyperactive” component is most evident in children who cannot seem to sit down for extended periods or who have trouble falling asleep.

The symptoms of ADHD vary from person to person and by age, but they include:

The symptoms and the struggle to find viable solutions through therapy or pharmaceuticals are why research has begun on treating the symptoms of ADHD with CBD oil and other products. 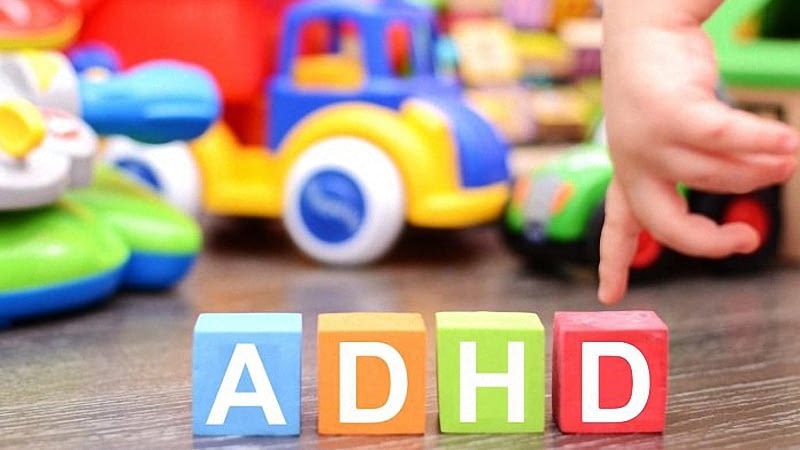 Anxiety is a symptom of ADHD common among most patients with the condition. CBD oil has proven to reduce the severity of anxiety-related conditions. A 2014 animal study found that the use of CBD on serotonin receptors in the brain produced antidepressant and anti-anxiety effects.

It is necessary to note that the FDA has not approved the use of CBD to treat anxiety. Nonetheless, it is reasonable to believe that the reduction of any symptom of ADHD may reduce the severity of the disease.

Depression is another common symptom for people diagnosed with ADHD. Depression can result from medications or difficulty dealing with the other cognitive effects of coping with ADHD.

Another study, conducted in 2018, proved that CBD does have anti-stress properties, which can result in a lessening of stress-related depression.

Natural Treatments as an Alternative to Pharmaceuticals

As noted earlier, some medications have stigmas attached to them. Increasingly, people are becoming wary of developing a dependence on pharmaceutical treatments. As a natural supplement, CBD holds promise in this regard.

A survey conducted by the data research firm Brightfield Group found that patients reported better efficacy in using CBD as a natural alternative to pharmaceuticals.

Further, research has proven that the human body produces cannabinoids on its own and contains two receptors (CB1 and CB2). The CB2 receptors are located among the immune system, affecting inflammation and pain. Researchers once believed that CBD attached to the CB2 receptors, but now they know that instead, CBD stimulates the body to use more of its naturally produced cannabinoids. Therefore, CBD oil is a natural substance that encourages the body to create its own form of medication.

It is essential to note that “natural” products aren’t always safe. CBD is a substance harvested from a natural plant, but how it works is shrouded in mystery. Some of CBD’s effects on the body are observable, but some other effects may not manifest themselves until later.

CBD oil can function as a natural remedy or treatment for almost any condition. It has natural pain relief and anti-inflammatory properties and can treat symptoms related to neurological disorders. The consumption of CBD oil for the treatment of anxiety disorders such as PTSD and OCD is proven to work.

Some patients who use CBD as a treatment for medical conditions have reported nausea, fatigue, and an irritable mood. CBD can increase the body’s natural blood thinner Coumadin, resulting in lower blood pressure or problems with blood clotting. However, the most common issue with CBD is the lack of regulation.

The FDA does not regulate the product’s safety and purity, so purchasing a product marketed as CBD does not guarantee that the product contains the advertised levels of CBD. Regulatory issues across the world allow CBD products to be bought and sold across the market unchecked, which may result in fake or even dangerous products coming into the hands of unknowing consumers.

Very few studies exist to determine if CBD causes long-term effects on the human body. The World Health Organization concluded in 2017 that CBD is a generally safe substance, but noted that those who use it should do so with caution, as adverse effects may result from CBD interacting with other medications. As always, seek medical counsel if trying the use of CBD oil to treat ADHD or other medical conditions.

Although CBD oil cannot treat ADHD itself, as ADHD is known as an incurable condition, it can treat several symptoms of the disorder, such as anxiety and depression. It may treat other symptoms in tandem with these two main symptoms. However, current research is inconclusive, and further research is necessary.

The potential benefits of using CBD oil to treat people with ADHD are vast. Thus far, it has shown to reduce the symptoms of the condition, including depression and anxiety. It’s a natural anti-inflammatory and pain reliever, and researchers are only just beginning to discover its manifold benefits.

A Year After That History-Making CBD Mobile Ad At The 2019 Super Bowl, Cannabis…