Humans have been curious about dreams and what they mean for millennia. Ancient Egyptians believed that dreams were warnings or demands from their Gods, and dutifully recorded their visions on a papyrus that now resides in the British Museum. Ancient Greek, Babylonian, and Hebrew cultures held to the belief that dreams were either or good or bad, and held rituals intended to please their gods so they could receive good dreams instead of nightmares, believed to be brought by evil spirits.

Today, people remain fascinated by dreams, wonder how they pertain to our waking lives, and muse on whether a substance like cannabis can influence them. Some consumers have observed that they dream less often after consuming cannabis, while others maintain their dream life is more vivid. Let’s take a look at how compounds like THC and CBD can influence our dreamscapes.

Sleep is made up of several different sleep stages. The first level is the lightest stage of sleep, where the body is drifting into slumber, and unintentional body actions like twitching or the sensation of falling occur. Stage two sees electrical impulses from the brain slowing. Body temperature and heart rate drop as you slip into a deeper sleep.

The deepest sleep phase, stage three, is when delta waves, or high amplitude brain signals, begin in earnest. Originating from the thalamus, these electrical signals are part of a sleep cycle where the sleeper becomes much less responsive and aware of the external environment. 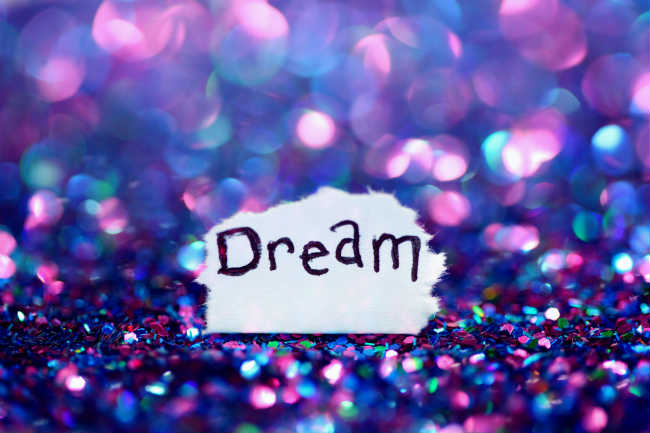 Stage three then phases into REM sleep, known for its rapid eye movements and onset of dreaming. Delta waves continue during this phase, and the body becomes temporarily paralyzed as dreams play out.

So how does cannabis affect sleep cycles? There is plenty of agreement among consumers that frequent consumption seems to go hand-in-hand with a lack of dreaming. A 2008 study backs that up. Researchers at a Baltimore, Maryland sleep lab found that heavy consumers had a “decreased REM duration in subjects dosed with 15 mg of THC as well as a THC/CBD mixture.” A more recent 2019 study came to the same conclusion.

Thus, less REM duration equals less time spent dreaming. Some believe that loss of REM sleep can have negative effects on qualities like memory retention, while others see the benefit of not dreaming – or more specifically not experiencing nightmares – for those who have PTSD, a condition that can be characterized by nightmares.

While many consumers swear by their cannabis nightcap to help with better sleep, if you want to dream, taking a tolerance break or switching to CBD could do the trick.

Anecdotes from consumers show that dreams are more vivid and easier to recall when abstaining from cannabis use.

This is attributed to the REM rebound, when the mind falls back into a sleep pattern not influenced by THC. However, some believe that this re-acquaintance process can make the REM sleep phase unpleasant and more intense by causing the phase to last longer, while potentially causing more vivid and potentially distressing dreams.

The non-intoxicating cannabis compound CBD is used widely as a sleep aid, and some research suggests that it may influence dreaming. One study showed that the administration of a daily high dose of CBD increased the onset of REM sleep, while a mid-sized dose of CBD seemed to decrease REM onset. Informally, CBD consumers have reported more vivid and positive dreams as a result of their consumption.

As with all things dream-related, marijuana affects everyone differently and how cannabis influences your nocturnal visions can vary person to person. Sweet dreams!