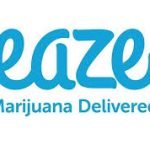 According to multiple sources, 36 staff members were let go early Wednesday, a number that represents about 20% of Eaze’s overall workforce.

The announcement was sent out Wednesday by new CEO, Rogelio Choy, who previously served as Eaze’s COO. Before his time with Eaze, Choy was CEO at file-sharing behemoth BitTorrent. He officially departed BitTorrent’s new parent company, Tron, last December, after their $126-million-dollar acquisition of BitTorrent in the summer of 2018.

Choy will be replacing former CEO Jim Patterson, who led Eaze through the company’s transition to the legal market in California after founder Keith McCarty stepped down in 2016. Patterson will remain on the board of directors.

Oncologist Stephen Hahn reportedly poised to be next FDA chief

Pittsburgh police officer put on leave over medical marijuana use