Illinois Cannabis Shortages: When Will Supply Issues be Resolved?

The first day of 2020 and the first day of recreational cannabis legalization in Illinois could be labeled a success by any measurement. On January 1st, the thirty-seven government-sanctioned dispensaries across the Prairie State sold an estimated $3.7 million worth of weed in 77,000 separate purchases. Thousands of Illinois residents stood in lines stretching around the block waiting to make a purchase on such a historic day. Due to the predicted high demand some shops ran low on product and some customers waited in line for longer than they’d expected, but overall everyone walked away from their dispensary happy. For the eleventh US state to legalize recreational cannabis sales, it was the second most profitable first day of business behind Oregon.

Overall, it was a familiar scene that has already played out several times across both the United States and Canada. From Colorado to Manitoba, more and more local governments (and one federal government) have decided that adhering to pretty hysterical (and overtly racist) law from the 1930s prohibiting the sale of cannabis has no place in the 21st century. The future of cannabis in Illinois looked bright.

Of course, barely a month after legalization, yet another familiar scene that’s played out before is now playing out in Illinois: state-wide cannabis supply issues.

The supply problems started within days of dispensaries first opening their doors. After sales totaling $11 million across the state within a week, six cannabis dispensaries in Chicago alone were closed the following Monday due to a lack of product to sell. Other dispensaries have taken steps like limiting the amount of product they can sell to individual customers.

One reason for this is that the state’s twenty-one licensed cannabis cultivators simply can’t keep up with the overwhelming demand. Some growers report that they are selling out of their products every day within three to six minutes of opening up for sales. 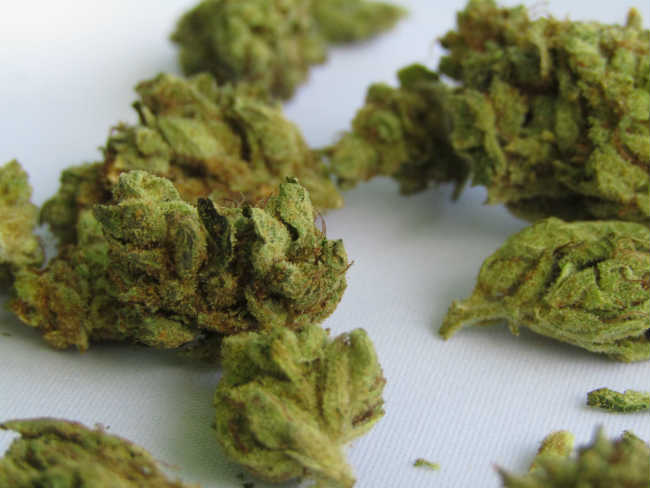 The current demand for cannabis in Illinois is too high for producers to keep up with. photo credit

Making things worse, Illinois has no plans currently to issue any more licenses for large-scale cultivators. In January, state regulators did begin accepting applications for smaller, craft grow operations and have reported that they will issue up to forty licenses by the middle of this year. There is a silver lining to this delay. One reason for the backlog is that the governor’s office is making sure that a large number of the smaller licenses go towards social equity applicants. These include applicants with prior marijuana convictions as well as applicants that live in areas which historically suffered from higher and stricter levels of police enforcement during cannabis prohibition. These applicants will also benefit from an expedited process when getting licensing for new dispensaries and other cannabis businesses.

What About Medical Cannabis?

Of course, this roll-out is not just affecting customers wanting to get their smoke on. Medical patients in Illinois have been reporting supply problems of their own. Despite the best efforts of lawmakers when crafting the new law, medical marijuana patients are reporting problems finding the best quality strains and products to treat their issues. While stores are being warned by the state’s cannabis control board to reserve enough product for medical patients, and to prioritize their needs, there is simply too great of a demand and too much money flowing to stop dispensaries from selling out of product.

Lawmakers have acknowledged that further amendments to the new law will be needed to protect patients and make certain that they get the life-changing medicine that they deserve. Further complicating these supply problems, the number of new MMJ patients jumped by 27% at the end of last year to nearly 100,000. As of June last year that number was at 79,000, which is an even greater strain on the cultivators and businesses.

According to the latest estimates, these supply problems won’t be resolved any time soon. By some expert’s calculations, it may take up to six months to a year before the situation is resolved.

While no one should discount the discomfort and burden that these shortages place on people, especially MMJ patients, Illinois’ cannabis shortage should be viewed as a short term issue. The truth is, supply problems will exist in some form with every state (or country) that legalizes recreational cannabis within the first year or two.

When Will Illinois Cannabis Supply Shortages Be Resolved?

Because marijuana is currently federally illegal, private investors and government funds cannot put money towards any large scale cannabis cultivation infrastructure until the local government legalizes it. Even if they could, no one can predict when exactly a state or a country’s voters and politicians will pass legislation to legalize recreational sales, so all that money invested could be sitting complacent for years. These types of investments can only be made in the short term, when legalization is either inevitable or already passed. Thus, when any government finally does legalize, there’s a rush in the years or months leading up to the first day of recreational sales to get up to speed – which in turn causes shortages in the supply chain. 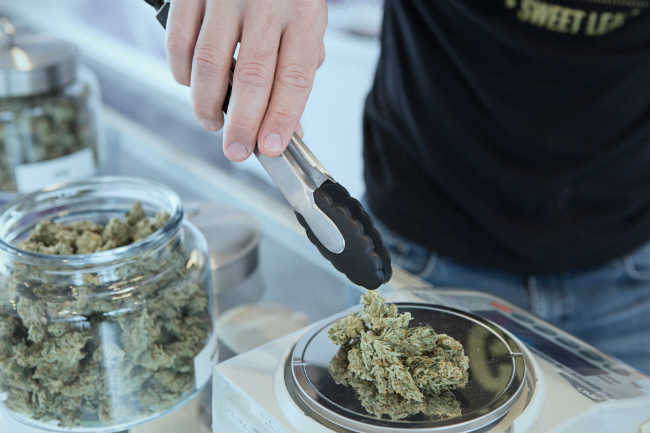 Supply issues in Illinois should even out over time. photo credit

Illinois’s supply problems will of course be resolved once the infrastructure and supply ramps up to meet the market. Other small hurdles and problems will be resolved, and marijuana isn’t going anywhere. In a year or two, there will still be legal and supply problems, but the major issues will have settled down. As a bonus, the price of weed will drop as commercial cannabis production overtakes the demand.

In conclusion, it’s important to look on the bright side. The governor will pardon 11,000 low-level marijuana offenders in this year, who were imprisoned due to an unjust law, and no more people will have their lives disrupted as they’re thrown into the legal system. The law as it stands is clearly focused on making access to the cannabis industry more equitable for persons of color and lower income applicants. Illinois has made a great start, and its current supply issues cannot take focus away from how successful legalization will be in providing new economic opportunities, decreasing the prison population, and providing people with a mostly harmless drug to enjoy as well as a potent medicine to treat themselves with.

What do you think about the cannabis supply shortages in Illinois? Share your thoughts, ideas and experiences in the comments below.

Biochemical assay and spectroscopic analysis of oxidative/antioxidative parameters in…