Malta: Cannabis smokers will register with State under proposed reform 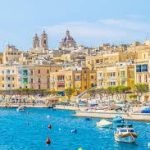 Cannabis smokers will be asked to register with the government once a reform of the country’s cannabis rules is implemented.

“Government will be insisting on some principles, including a minimum legal age of 21, absolute prohibition [to smoke] in public places, as well as a user registration platform that protects users from criminal action and which controls dispensing,” Julia Farrugia Portelli, the parliamentary secretary piloting the reform told MaltaToday.

She stressed that any amendments would be implemented following a public consultation, explaining that the government intended to adopt a harm reduction approach when dealing with the drug. As such, she said that there would need to be some way of monitoring how much cannabis users are consuming.

Countries which legalised cannabis in recent years have each implemented various models, ranging from market liberalisation, with private operators running ‘cannabis clubs’ where each patron is granted a limited amount of cannabis, to a nationalised dispensary system.

Farrugia Portelli stressed that the reform would be seeking to “educate users and drive them away from, or reduce their dependence, on [THC] the psychoactive ingredient”, meaning that unlike some countries here cannabis is legally available, Malta will not have any coffee shops or cannabis clubs.

“We will have a complimentary law enforcement package that will increase the efficiency and effectiveness of policing,” Farrugia Portelli said.

When in 2017, Prime Minister Joseph Muscat pledged to initiate a discussion on regulating cannabis, many assumed it would only be a matter of time before Malta became the next Amsterdam.

In recent years Malta has strived to shed its conservative image, enacting progressive laws legalizing same sex marriage and revising conservative IVF legislation. While these moves were met with some criticism from the more conservative segments of Maltese society, they have generally been accepted as a step in the right direction.

Cannabis reform may not be so simple. While gay marriage and IVF laws caused controversy mainly from an ethical and religious perspective, reforming drug laws is, primarily, a matter of public health. Therefore, it is no surprise that authorities are taking their time with the reform.

According to Farrugia Portelli, the issue must be addressed from three angles: medical, manufacturing and recreational.

From the medical side, in 2015 the law was amended to allow the plant to be used for medicinal purposes. A further amendment was approved by parliament last year, making it easier for doctors to prescribe the medication to their patients. Last year, parliament also approved a law allowing licensed companies to manufacture medicinal cannabis in Malta, with several multinational companies operating in the sector already having established a presence on the island.

Recreational use remains the most delicate of the three areas. In 2015 cannabis use was decriminalised, meaning that simple possession is no longer a criminal offence.

Farrugia Portelli said that consultation undertaken with stakeholders had been an eye opener in terms of appreciating the prevalence of cannabis use and said the government’s approach will be to focus on harm reduction and to “delay the onset of experimentation”.

According to the latest available European School Survey Project on Alcohol and other Drugs (ESPAD), 13% of 15 to 16-year-old Maltese students said they had used cannabis, while 14% said they had been drunk in the last 30 days.

With this in mind, Farrugia Portelli said government would be spearheading an educational campaign on the dangers of using any form of substance and by instilling “the right coping skills at various ages to say no to alcohol, tobacco and drugs”.

The government, she said, hoped to put the necessary building blocks in place to “contribute to a healthier society”.

“Our reform is inspired by the Icelandic model which has a history of success,” she said, adding that government was looking to the experiences of other countries.

Since Iceland implemented its strategy, the country’s youth population has gone from among the heaviest drinkers in Europe to the healthiest. The number of students who reported having been drunk in the last 30 days fell from 42% in 1998 to 5% in 2016, while those claiming to have used cannabis dropped from 17% to 7% during the same period.

The strategy was based on the observation that, generally speaking, surveys with teens repeatedly showed that factors like sport, feeling cared about at school, or spending a lot of time out of the house at night, correlated with a reduced likelihood of substance abuse.

Therefore, laws were reformed to address these issues: the legal age to buy alcohol and cigarettes was raised, and school councils with parent representatives were established. Children between 13 and 16 were also prohibited from being outside after certain times.

It was also observed that one reason people use drugs is that it helps them feel part of a group. To discourage this, the Icelandic government increased funding for organised sports, music and art to give children the opportunity to form part of different groups.

While the model has worked well for Iceland, Farrugia Portelli insisted there was no one-size-fits-all model, and that the government would develop a  “Maltese model” reflecting the needs of Maltese society.

Ultimately, she said that the reform would be based on four main pillars: education, alternative means of recreation, re-engineering of support services into “a proactive social service” and “regulating the use of the psychoactive ingredient in the cannabis plant”.

Having met with a wide range of stakeholders over the 18 months, efforts are now underway to start an educational campaign in the first half of the year.

Farrugia Portelli said the government was currently in the process of evaluating the educational material currently in circulation in order to improve it and ensure the best possible content, format and delivery.

She said the main targets would initially be students aged between 10 and 16, as well as their parents and teachers. This would then be followed by a campaign aimed at the general population, culminating in the launch of a public consultation document at the end of the year.

Malta to export $1.4 billion of medical marijuana by 2023

At the tail end of his visit to Canada and the U.S., Maltese Prime Minister Joseph Muscat told Television Malta (TVM), “Exportation will begin in the first quarter of next year.”

“We are estimating that exports by Year 3 of these companies will reach more than one billion Euro and that 900 jobs will be made available, however, we can attract even more players in this respect,” he added.

TVM reports Muscat is confident Canadian companies will invest in the country’s efforts — 20 other companies already have a letter of intent from Malta Enterprise, the medical marijuana regulator in Malta, to work in the Mediterranean archipelago.

Malta to export $1.4 billion of medical marijuana by 2023

Can I Buy CBD Oil On Amazon?

Oncologist Stephen Hahn reportedly poised to be next FDA chief