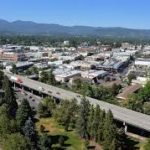 The city has already banned the gowing of recreational cannabis. MJ Biz has the story.

Hemp bans in California towns are common as the crop struggles to gather broad support in a state where nearly half of its counties outlaws hemp production.

But in Oregon, where hemp has become a widely accepted stable, one city is considering banning production within its limits.

A History Of Cannabis – Words By Paul James.

The State of Hemp in the UK: Don’t make the same mistake Canada did – By Erin Lindley

The Patients’ Patience – Words By Psy-23