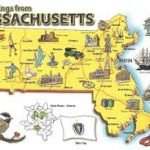 The attorney general and cannabis regulators don’t think that Massachusetts needs new criminal penalties for violations of the state’s marijuana laws, but the offices recommended three ways the Legislature could clarify the law and crack down on the illicit market.

The marijuana legalization law, as rewritten and passed by the Legislature in 2017, required Attorney General Maura Healey and the Cannabis Control Commission to jointly study the “advisability of establishing criminal penalties for violations” of the new law. Both agencies reported this week that their offices “do not advise establishing any additional criminal penalties at this time” given “the broad range of available criminal and civil penalties available under existing law.”

Healey and the CCC said Massachusetts has installed a “robust regulatory structure” to put guardrails on licensed marijuana businesses and enforce its criminal penalties against people engaged in illegal marijuana activities.

“We acknowledge, however, that the continued prevalence of the illicit market remains a problem — both in our state and across the country — that presents significant risks to public health and public safety, diverts tax money from the Commonwealth, and undermines the legal marijuana industry,” Healey and the CCC wrote in the joint report filed with the Senate clerk’s office Tuesday. “Accordingly, our recommendations aim to clarify the application of existing laws to address illegal activity, and to provide additional civil enforcement tools and resources to address the illicit market.”

The offices suggested that the Legislature clarify the marijuana law to make it clear that licensed marijuana businesses cannot claim immunity from prosecution for things like diverting marijuana to the illicit market or operating beyond the scope of their CCC-issued licenses.

“While as a result of decriminalization and legalization, licensed individuals and entities cannot be prosecuted for engaging in lawful activities, it is also true that they are not immune from prosecution for criminal activity,” they wrote.