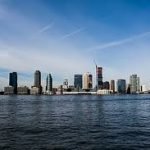 Justin Wild was fired from his job as a funeral director at Carriage Funeral Holdings in 2016 when his employer found out he took medical cannabis to manage symptoms of cancer. He had gotten into a car accident, but the accident was not his fault, and he was not under the influence, according to the lawsuit.

This case has broad implications for the medical cannabis patient community, which is currently numbered at 71,492, many of whom are employed.

“Today was an important victory for employees throughout New Jersey who use medical marijuana. In a per curiam [by the courts] decision, our Supreme Court affirmed the appellate division’s holding that those who are terminated from their jobs, based upon their proper medical use of marijuana, may bring a disability discrimination claim under the Law Against Discrimination,” said Pashman Stein Walder Hayden PC attorney Dillon McGuire, who argued on behalf of the Americans for Civil Liberties Union New Jersey, in a prepared statement.

The Supreme Court held that employers may be required to accommodate an employee’s use of medical cannabis when it is consumed at home after work hours.

“Brownie Mary” Was a Cannabis Advocate, Activist and Culinary Rebel

MJ Biz Report: Not all WHO cannabis recommendations would loosen international…

The California Lawyers Association Cannabis Interest Group Of The Intellectual…