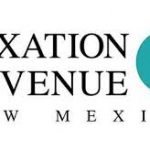 Should medical cannabis producers continue to get a tax break? That’s the question the New Mexico Taxation and Revenue Department has asked the state’s high court.

On behalf of TRD, the state’s Attorney General’s office filed a petition Monday with the New Mexico Supreme Court asking for clarification about whether medical cannabis is exempt from gross receipts tax, like prescription drugs.

In 2014, New Mexico cannabis producer Sacred Garden asked the TRD for a refund on the gross receipts tax the company paid that year. That request was denied by TRD. But the state Court of Appeals agreed with the cannabis company and ruled that medical cannabis indeed qualifies for the same tax exemption as prescription drugs.

In the state’s petition to the state Supreme Court, Special Assistant Attorney General Cordelia Friedman argued that because federal law prevents doctors from writing prescriptions for cannabis, it does not fall under the same tax exempt category as prescription drugs in New Mexico.

“The term ‘prescription’ does not appear in the [Lynn and Erin Compassionate Use] Act or the regulation promulgated to provide guidance for individuals wanting to obtain ‘registry identification cards’ to receive medical marijuana,” Friedman wrote.

The state Court of Appeals ruled in January that a recommendation from a doctor to use cannabis to alleviate symptoms of certain medical conditions is essentially the same as a prescription. Further, the Court of Appeals argued that when the Legislature was considering what is now the state’s medical cannabis law, analysts did not consider tax revenue from medical cannabis sales and, therefore, intended it to be tax deductible. Friedman argued that the logic in that argument is flawed as bill drafters, nor lawmakers, never explicitly included tax exemptions in the original bill.

If the state Supreme Court sides with Sacred Garden and the Court of Appeals and rules that a medical cannabis recommendation is the same as a prescription, it could have an impact on other issues that have been previously raised, like using Medicaid or Medicare to pay for medical cannabis.

But in her petition, Friedman also brought to light the issue of who actually benefits from GRT refunds.

GRT, which is often erroneously referred to as a sales tax in New Mexico, is a tax on goods or services and is often passed on to consumers. But, Friedman wrote, the argument that Gross Receipts Tax refunds to cannabis producers will help patients is flawed.

“There is no discernible benefit to those in medical need when Sacred Garden receives its requested refund predicated on past sales where it undisputedly charged gross receipts tax to its customers with no obligation to refund it to those customers,” Friedman wrote.

According to the filing, the TRD would be on the hook for about $24 million if forced to pay back the Gross Receipts Tax medical cannabis producers paid the state.

A number of dispensaries around the state have reportedly announced they would not charge taxes after the Court of Appeals decision.