Platinum OG for sale is just as precious as the metal it’s named after. With a THC content regularly topping 20%, this indica-dominant hybrid asserts itself as one of the “heaviest” strains around. Platinum OG is purported to stem from three strains: Master Kush, OG Kush, and a third unknown parent. Flowers are lime green and plump, with prominent orange hairs and a platinum coating thanks to the abundance of THC crystals. A brief, heady onset settles into a powerful physical sedation suitable for nighttime use and pain, stress, or anxiety relief, making this precious strain a robust healer.

Platinum Kush buds are medium-green and have very few orange hairs speckled throughout. The buds are extremely crystallized on the outside, increasing in density on the inside to the point where sections of the buds look like rock minerals when you break them open.

Despite this heavy distribution of trichomes, Platinum OG buds are not very sticky. This particular batch was well-manicured and slightly dry but not overly crumbly. Bud stems are darker than many marijuana strains and are covered in long, thin hairs. Each bud had one to three leaf segments that were beautiful dark purple, adding fragments of striking color here and there. 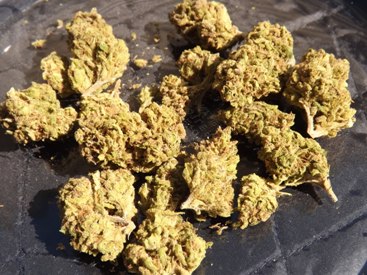 In the bag or when holding an open pile of Platinum OG, the smell is unusually sweet and reminds me of vanilla mixed with sage and fresh sweet grass. But when breaking up one of the buds for smoking, the smell that comes through strongly is that of crisp, clean diesel that’s been blended with molasses.

The smoke produced by this strain is thick and white and may produce mild coughing if you’re taking large bong rips. But despite its wonderful scent profile, the flavor profile of Platinum OG is hardly noticeable. The first impression is a taste-whiff of diesel followed by hints of hay, molasses, honey and oregano. The taste is centered primarily on the back of the tongue and throat and dissipates quickly.

Overall the taste impression is earthy but fleeting, and after the first burn or two of a bowl or bong the flavor all but disappears and becomes neutral thereafter. Compared to its smell in the raw form, the taste isn’t nearly as strong as you’d expect. 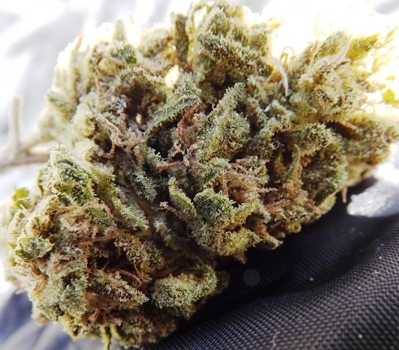 After 2 hits from a freshly cleaned bong with clear water and a new screen, I felt the high swoop down my entire head, stopping just below my eyes. The top of my head pulsated and buzzed a little bit, and I could feel a tingling sensation in the top of my cheekbones.

After the second hit the high continued to increase for approximately 7 minutes before leveling off.

At 3 hits the high moved down the back of my neck but stopped short above my shoulders. Body effects began at this point and I could feel a warm buzzing in the outside of my arms and in my calves. I felt a little spacey but I was still able to work, and I felt relaxed despite the large cup of coffee in my hand.

After the 4th and final hit my entire face began tingling to the point where it felt like I was wearing a mask of some type. The body effects intensified and moved into my forearms and shins. 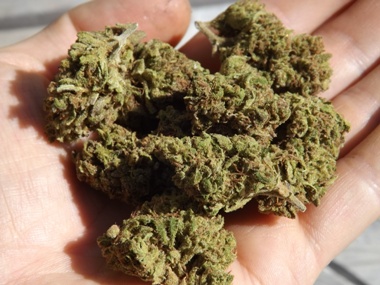 At this stage I was quite high but continued to focus on my work. If I had been in a situation where I needed to, I could have handily concealed the fact that I was high; which is sometimes not so easy with heavy-hitting Indicas.

A peaking period lasting 6-7 minutes preceded a significant intensification of the body effects, with the high moving into my lower palms, the sides of my feet and the tops of my thighs. This consisted of an extremely pleasant, almost electrical sort of feeling that I can only liken to an internal massage; if your body was capable of such a thing. 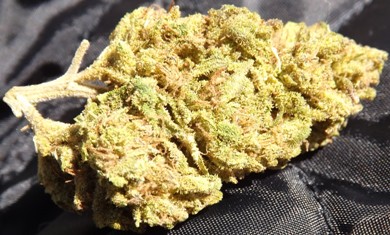 Platinum OG has a mild peaking period of about 6-8 minutes, with significant increases in the intensity of the high occurring during this time. Caution should be exercised when using this strain shortly before you have to do something important until you become accustomed to “measuring” your doses.

Platinum OG outlasts most types of Kush that I have tried by around 35 minutes or so, with the average high lasting 2.5 – 2.75 hours. Nevertheless, it should be noted that eating food significantly and immediately reduces the medicated effects of the strain. 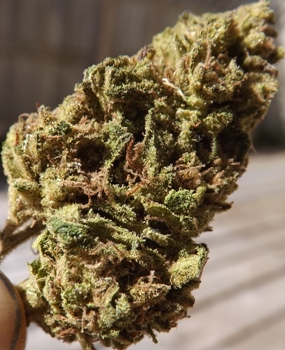 However, Platinum OG is not affected by even vigorous and sustained exercise. On two separate occasions I ran 8 miles after smoking this strain on fairly hot days. Each time I ran the 8 mile outdoor course in under 59 minutes, and afterward I was still as high as I had been before leaving for the run. This is a rarity among marijuana strains and should be considered by athletes as a go-to source of physical elasticity and relaxation during endurance workouts.

Platinum OG is a potent, long lasting marijuana strain with some unique benefits that I have not found in other strains. These primarily include the unique effect on skin and muscles, and the strain’s remarkable high that is not diminished even after sustained periods of physical exertion.

While many other Platinum OG strain reviews mention that the high induces couch-lock and nap-syndrome, I do not find this to be the case. Platinum OG is a deep relaxant, yes; but I still feel fairly active when smoking it. I have no problem ripping huge bong hits of this strain and going for a long run, or smoking a joint of it and getting some writing done. While I will admit that one of its medicinal properties could be used as a sleep aid for some people, if you’re smoking it during the day and you’re not being totally lazy, the strain is fine for ambitious people with things to do.