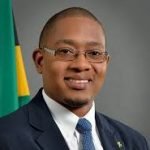 The week before last the BVI and now this announcement in Jamaica. Have politicians in the region woken up to destructive North American cannabis capitalism and decided that there must be a better route.

The government wants to transition illegal cannabis growers into the legal industry, and to get exports underway.

The Jamaican government has announced plans aimed at bringing hundreds of indigenous and traditional farmers into the country’s promising medical cannabis  industry.

On January 14, the government announced plans to aggressively expand the country’s Alternative Development Programme, which provides farmers with the technical and financial support they need to enter the legal cannabis industry, with the aim of eliminating the illicit cultivation of cannabis. At the same time, officials announced a transitional licensing regime that would waive fees and dramatically reduce the cost these farmers face upon entry into the industry.

The moves, according to Floyd Green, the Minister of State in the Ministry of Industry, Commerce, Agriculture, and Fisheries, mark a shift in the regulatory framework governing the cannabis industry on the island, where the introduction of long-awaited import and export regulations are also expected before the end of the island’s fiscal year in March.

“What we will be doing in 2020, is looking for more community groups of traditional growers that we will engage and provide the technical support for them to transition into the medicinal marijuana industry,” Green said, addressing the House of Representatives on January 14.

A spokesperson for the Ministry told Cannabis Wire that a pilot for the Alternative Development Programme, which cost the state just under USD $100,000 to implement in the second half of 2019, has already seen approximately twenty kilograms of cannabis flowers sold into the medicinal cannabis industry from a communal site in Accompong, a historical Maroon village in the East of the island populated by the descendants of Africans that escaped slavery in the early 1700s.

Jamaica’s Alternative Development Programme, if fully implemented, along with the publishing of import and export regulations, would be a major step forward for the island, and would encourage investors, many of whom are wary of further delays in the publishing of the regulations, first promised at the beginning of 2019.

The effects of a transitional licensing programme, which would reduce the requirements to enter the legal industry, would be two-fold. First, it would significantly increase the supply of legal cannabis flower, which would then be trackable within the Cannabis Licensing Authority’s seed-to-sale ecosystem. And second, it would provide a viable path for people who have participated in the cultivation of cannabis for decades and are trapped in the illicit market with no capital to enter the legal framework.

Read the full article at https://cannabiswire.com/2020/01/28/jamaica-moves-to-give-traditional-farmers-a-cut-of-the-legal-cannabis-industry/