The Adam Bierman Reddit Q&A : “Hardly live and as interactive as a morgue full of cannabis CEO’s” 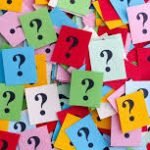 One of our Australian contributors decided yes let’s give this Bierman dude a chance and hopped on the much vaunted Reddit Q&A session, at 5am Australian time, that was going to get to the nub of the Medmen travails. The man himself was going to speak and be open with the people. Unsurprisingly the whole affair was about as useful as tits on a bull for anybody who thought they might actually learn something.
Our man in Sydney had some short but concise notes about the “session”
Hardly live and as interactive as a morgue full of Cannabis CEOs.
Which is, I presume, exactly why Reddit was the platform chosen by Bierman, over any other ‘live’ interactive platform. Instagram, Facebook etc.
The text based questions  were posted and then each time an  interminable wait while Bierman and I presume his media team cherry-picked questions and then answered, eventually.
What a safe place, for a CEO under fire, to inhabit. No pesky ‘put you on the spot’ questions to answer live.
Certainly an opportunity to exercise those skills necessary for a career in politics.
If anyone was under the illusion that direct questions would receive direct answers, it was soon shattered.
Answers were still being posted an hour after the one hour event closed  with the obvious assumption that plenty of time to ‘craft’ responses which were in the main “Motherhood, apple-pie and beautiful blue-skies ahead” commentary on the state of Medmen
That said some of the investor concerns were acknowledged  and maybe even addressed .
We learn, for example, that Bierman now takes a $US50k salary
Comments on his responses were, on the whole, deleted. Possibly obscuring the level of investor displeasure?
That’s all we have for you a few hours after the “event” if we learn more were sure to let you know.
If anybody else attened the session and have comments we’d love to hear from you as well.
Share FacebookTwitterGoogle+ReddItWhatsAppPinterestEmail

WHERE TO BUY CBD OIL IN WISCONSIN,CBD OIL TEXAS LAW,