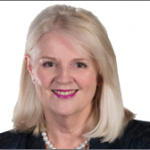 While the Australian Federal Govt whinges about people growing a few (4 maximum) plants in the ACT, they are happy to give “major project status” to corporate cannabis growers who are “expected” to create thousands of jobs and “intend(s)” to produce high quality, pharmaceutical grade medicinal cannabis ingredients. According to the press releases Business Australia are reporting from in their story (see below govt press release)

Federal Minister for Industry, Science and Technology Karen Andrews says the projects will be a boost for Australia’s medicinal cannabis industry.

She of course hasn’t been watching the downward trajectory of the sector in the US and like any other interaction the current Australian government undertakes they head for the big end of town and then pray that it doesn’t end in disaster.

The problem with this government is that everything currently ends in disaster.

Three medicinal cannabis facilities expected to create thousands of jobs in Victoria and South Australia have been granted Major Project Status by the Morrison Government.

“When you combine our world-renowned agriculture sector, with our trusted reputation for medical products, Australia is in a unique position to dominate the global medicinal cannabis industry,” Minister Andrews said.

“The Morrison Government is committed to making it as easy as possible for businesses to maximise those opportunities because we know these projects equal Aussies jobs.

“Each of these projects will also drive economic growth, including in regional areas.”

LeafCann is a biotech company which plans to produce high quality, pharmaceutical grade medicinal cannabis ingredients and medicines in Adelaide, South Australia as part of a $350 million investment.

When its state-of-the-art cultivation and production facility is fully operational it is expected to generate more than 1400 jobs, in addition to 850 during development.

Last year it was announced medicinal cannabis licence applications for projects granted Major Project Status were being prioritised within the Office of Drug Control’s licencing process.

Six medicinal cannabis projects have been given such status since then.

For more information on the Major Projects Facilitation Agency and the full list of current major projects, visit www.mpaa.gov.au.

Just so we all know; this is how Major Project Status is defined by the Australian Federal Government at

Who is this for?

Developers with projects over $50 million and of strategic significance to Australia.

Major Project Status is the Australian Government’s recognition of the national significance of a project – for economic growth, employment or for regional Australia.

Most projects have Major Project Status for 3 years. We’d normally expect you to complete the approvals process in the 3 years.

What are the eligibility criteria?

For full details of the Major Project Status eligibility criteria, contact the MPFA.

Your project needs to meet the following criteria.

1. The project is of strategic significance to Australia

The project’s estimated investment must be more than $50 million.

Major project developers need to be able to provide details of:

The project requires either:

Commonwealth Government approvals may include:

Government programs may include:

3. The project has sufficient financial resources and is commercially viable

Developers need to show that the project has attracted enough funding, at least enough to complete the approval processes.

You’ll need evidence of adequate funding and support such as:

The largest of the three is a production facility in Adelaide’s southern suburbs run by LeafCann worth $350 million.

When the production facility is fully operational LeafCann expects to generate more than 1400 jobs, in addition to 850 created during development.

PhytoGro’s operations will be conducted in Melbourne’s inner west and will see the company’s $140 million operation cultivate the drug and manufacture medical devices.

The company expects to create an estimated 300 new jobs when the facility is at full capacity.

The facility is expected to create 400 new full-time jobs once complete.

Federal Minister for Industry, Science and Technology Karen Andrews says the projects will be a boost for Australia’s medicinal cannabis industry.

“When you combine our world-renowned agriculture sector, with our trusted reputation for medical products, Australia is in a unique position to dominate the global medicinal cannabis industry,” says Andrews.

“Each of these projects will also drive economic growth, including in regional areas.”

Since the government announced it would prioritise applications for medicinal cannabis companies looking to receive major project status in 2019 six projects have received such status since then.

I’m in so much pain … | CBD oil first impressions + Giveaway